Who is the Combat Sword Agent?

The Combat Sword agent is designed for epic battle scenes. The agent uses a one-handed sword technique, defending itself with a shield in the left hand. Several example scenes are provided with the Combat Sword agent which demonstrate such capabilities as the classic clash shot, general melee combat, marching in loose formation, marching in rows and columns and stopping at a user specified boundary. The agent is capable of very realistic and energetic combat including finding and attacking an enemy and defending itself from an enemy, all using vision. The level of agent interaction makes full use of the advanced technology in Massive. When the agents suffer fatal injury they execute appropriate death actions, of which there are many. And when they fall to the ground they switch to rigid body dynamic simulation so that they can realistically fall onto rough terrain, off battlements, or onto piles of dead bodies. Massive's unique agent technology allows the agents to collide with each other, so a shield can in fact deflect a blow from a sword and when an agent is struck the result can be clearly seen.

The Combat Sword action library contains 314 film quality motion captured actions, captured at world famous Giant Studios in Los Angeles. There are well over 100 fighting actions including strikes, parries, hit-sells and deaths which the agents are able to combine into fast paced fluid and visceral combat. The action library also contains standing, cheering, charging, jogging and marching motion. The agents are also able to march with their shields at their side or shields raised.

The video below demonstrates the Combat Sword Agent's capabilities.

Variation is essential for crowds. The Combat Sword agent has plenty of variation in geometry, textures, shading and scale. The agent is supplied with well over 130 texture maps and bump maps and a wide variety of geometry including multiple helmets, swords, shields, tops, boots and gloves. All of the variation can be adjusted via group variables, and these can be set even in Massive Jet and Massive for Maya. 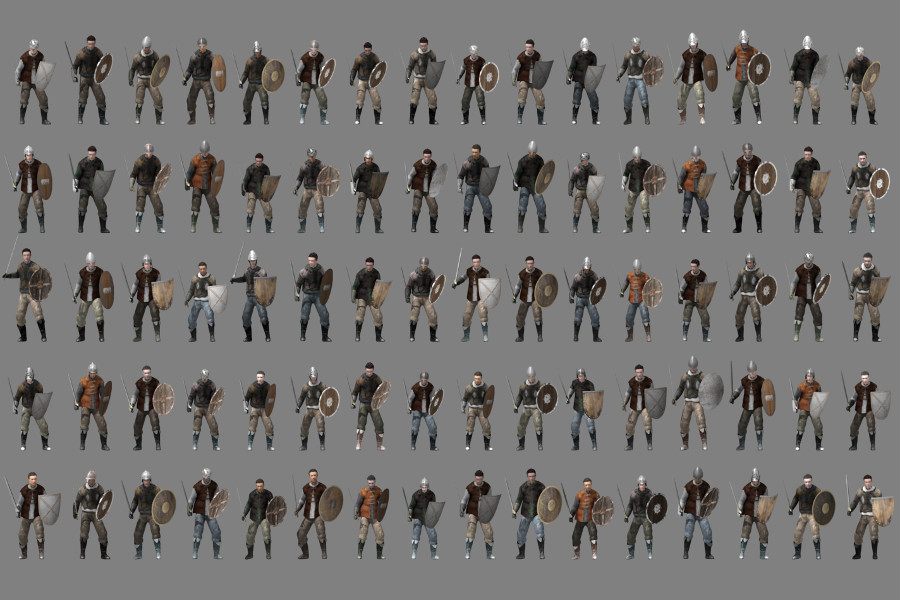