Who is the Mayhem Agent?

First appearing on film in X-Men 3 when Magneto picks up the Golden Gate bridge, the Ready to Run Mayhem Agent was designed for crowds fleeing from dangerous situations, rioting en-masse, or any scenes requiring an unruly mob.

Three different motion capture actors were used for the Mayhem Agent, so all of the actions have three significantly different variations providing a huge variety of mayhem motion. The 373 feature film quality actions were motion captured at The House Of Moves in Los Angeles. The Mayhem agent action library contains actions for standing, walking, jogging, running, jeering, punching the air, throwing objects, ducking, pushing, being pushed and stumbling. The agent has controls to set the level of excitement. Keyframing these controls allows artists to animate the level of agitation of the agents over the course of a shot.

Variation is essential for crowds. The Mayhem agent has plenty of variation in geometry, textures, shading and scale. The agent is supplied with well over 200 texture maps and bump maps and a wide variety of geometry. All of the variation can be adjusted via group variables, and these can be set even in Massive Jet and Massive for Maya. 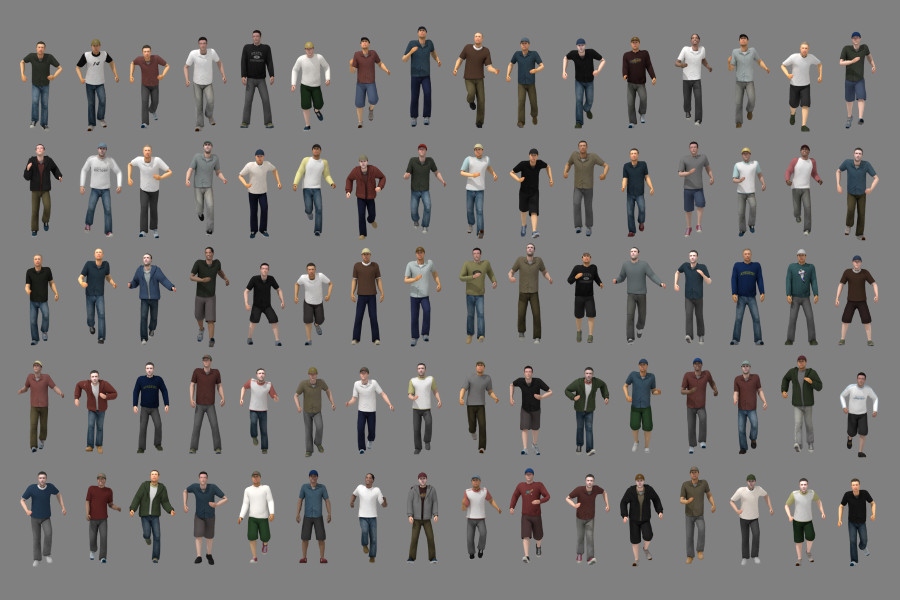